CodeBus Africa team members from 10 countries across the continent met each other and looked into the future of youth in technology.

“I think that in CodeBus, the learning experience surpassed all expectations. At least it really blew my mind as a trainer”, says Stefanie Garises from Namibia University of Science and Technology.

Stefanie Garises and other partners are visiting Helsinki to recap the intensive experience of last spring – and to meet each other for the first time. The CodeBus Africa’s adventure into creative technology was conducted in ten countries as a part of Finland’s 100th anniversary of independence celebration.

In Namibia, CodeBus reached secondary school kids in three regions. The journey was captured in a documentary film ‘Play Me a New Language’ directed by Aalto student Sera Martikainen. The movie, which had its premiere on November 28 in Kino Korjaamo, follows the perspective of a learner from a close distance.

Teaching the language of computers 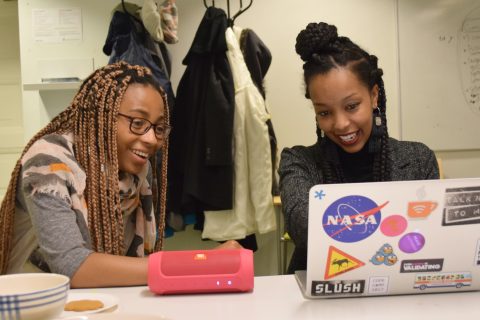 Stefanie Garises and Selam Kebede share experiences. “Technology should be for everyone. It should not be something foreign but a tool that could bring about solutions to local problems wherever in the world”, says Kebede, who is an Aalto Alumni and now works for Growth Africa in Ethiopia. Photo: Outi Puukko

In the CodeBus workshops, kids learned coding through Sonic Pi programme, which combines the basics of coding to making music. The method of the workshops also emphasized peer-to-peer collaboration.

“Music and coding are universal languages. It is always eye-opening to see that Sonic Pi can be used in every context”, said Sam Aaron the creator of Sonic Pi in the premiere of the documentary film.

Some of the kids who participated had never touched a computer before. The role of instructors was crucial in creating a successful experience. Now the partners recall that the workshops created an atmosphere where kids from both private and public schools were working together and helping each other. The tour reached altogether 1,900 children of whom over 60 percent were girls.

“There is a lot of work to do” 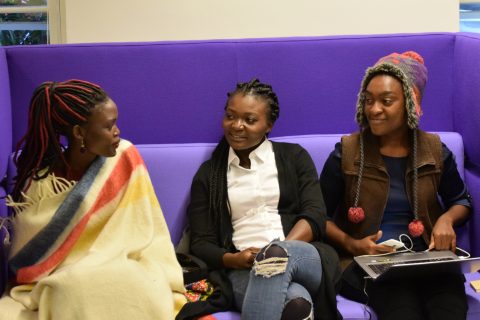 The partners of CodeBus Africa are continuously teaching technology to the youth and stress the need for this work.

“Once introduced to computers, all the kids want to continue learning. We need to build a curriculum that is based on solid knowledge about what the kids really need”, says Flavia Aloyo who works for Plan International’s Smart Up Factory in Gulu, Uganda.

In the rural areas, like Northern Uganda, the lack of access to technological resources and electricity is a real issue. According to Aloyo, a bunch of computers can be helpful but does not solve everything. Many challenges come down to the role of families in providing youth with opportunities to learn technology.

In Ghana, girls go to the market with their mother, while boys repair gadgets with their father, tells Linda Ansong, the founder of STEMBees.

Her own road to technology began while growing up with two sisters and a younger brother. She decided to raise awareness about how girls can make technology, then studied software engineering and now wants to see more female role models in the STEM fields. Many share these experiences. 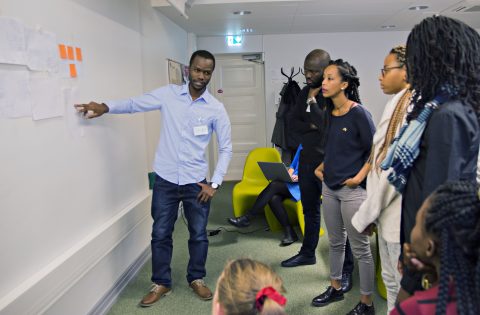 “There is a lot of work to do in order to increase diversity in technology. We need everyone, the boys and the girls alike on board”, says Georgia Rwechungura from BuniHub, Tanzania.

A broader shift in the mindset is what this network of technology makers now unanimously calls for.

The COVID-19 pandemic has and continues to have a great impact on everyday life all over the world. Having affected all areas of life, from social contact to the job market, the pandemic has inevitably had an impact on education. In times of crisis, structures tend to become vulnerable, and ongoing activities can be threatened. Read more >

Verneri Virsunen, a student from Aalto’s School of Business, embarked on his thesis journey last year. Despite not knowing how the work was going to turn out, or which form it would take, he was convinced of one thing; he wanted to draw attention to an often overlooked topic in his field: development cooperation dynamics Read more >

Who are you and what do you do?  Kuzuzangpo, I am Chimi Dem, a faculty for Electrical Engineering Department, in Jigme Namgyel Engineering College, Royal University of Bhutan. I have been part of the university for the past year. What are your initial impressions about Problem-Based Learning? I feel that PBL is a student-centered or Read more >